The Fencing of Dalieh (Lebanon)

You can find more about this on this previous post.
The creative people at 5Ampere have just come up with this striking piece of protest art. The caption reads: “A country that is worth 10 Liras”

Of course this relates to very real fencing of Dalieh, the rocky promontory near the famous Raouche “Pigeon Rocks”

Fences started going up a few weeks ago:

Developers are attempting to privatize and likely end public access to the area, which has been a picturesque picnic and swimming spot for generations of Beirutis. 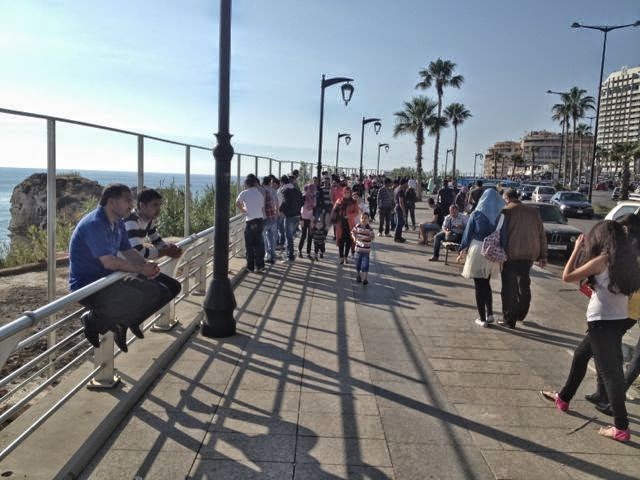 A week later they added razor wire, which seems quite dangerous to the public, as people regularly congregate near the Corniche rails:

Finally, last week an additional layer of barbed wire was added to the top:

…making the area look more like Guantanamo Bay than a place for a sunset stroll.

Curiously, municipal police have been deployed to monitor the scene. Do they have orders to protect the rights of the developer or the citizens’ access to the shore?

Nevertheless, activists are resisting hard and their campaign has gained significant media coverage and momentum. Every Sunday, they have gathered with music and banners.
Watch a recent drum circle here:
There have also been rap, beatbox and impromptu musical performances:
And last weekend, artists began working on the fence: 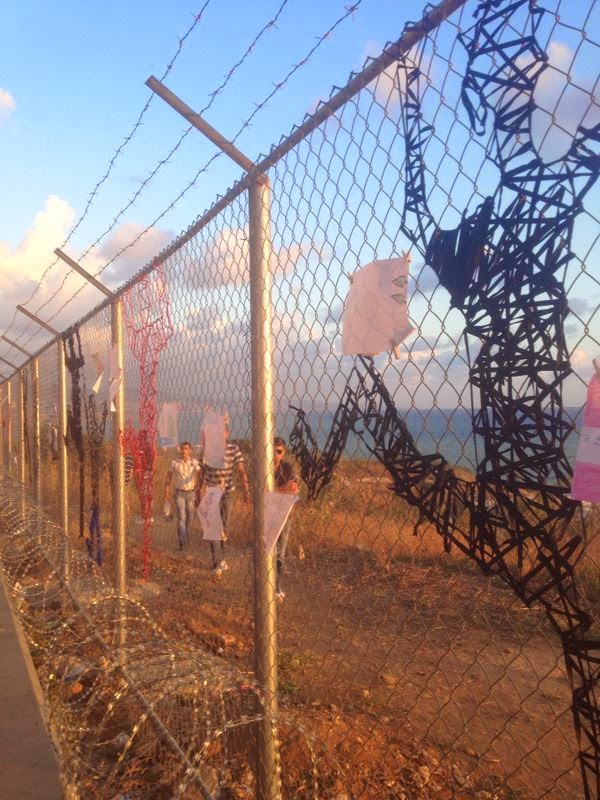 See previous post for background on the campaign including an AUB video about the shaky legal and constitutional grounds this massive development rests upon.
The campaign will be arranging new activities this Sunday. Check/like the Facebook group for updates on events and times. It’s an all volunteer group and they are always looking for new recruits of all skills, including the skill of just showing up and enjoying the site. The Sunday gatherings are growing every week.
And be sure to visit the array of natural caves and pools at the Dalieh peninsula and its rare biodiversity (including a family of sea lions) before it is too late. 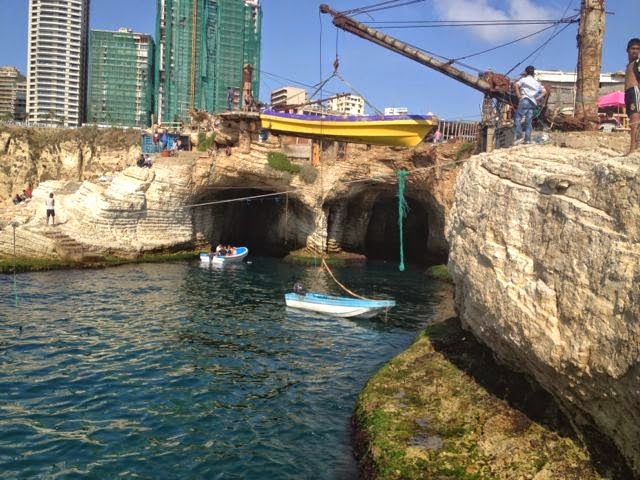 Beirut civil society Dalieh reclaiming the seashore the sea is mine