Located just past a Lebanese Armed Forces military checkpoint in the Mediterranean city of Tyre, it is surrounded by luscious banana groves, sleeping goats and chirping birds. This beautiful oasis is home to 68-year-old Mona Khalil, a self-proclaimed “protector of the sea turtles.”
In 2000, Khalil moved back from the Netherlands — where she’d sought refuge for 17 years during the Lebanese Civil War (1975-1990) — to a piece of land she’d inherited from her grandmother. On her return, she discovered that the endangered green turtle and the loggerhead, which is classified as a vulnerable species by the International Union for Conservation of Nature, can both be found nesting on the nearby secluded elMansouri beach. 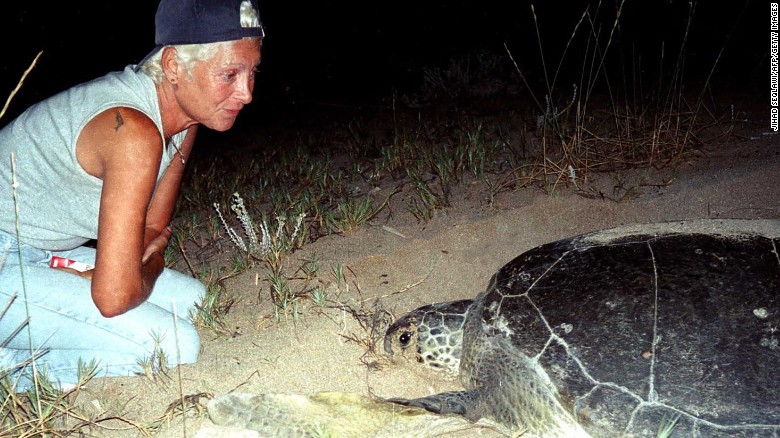 Mona Khalil, a Lebanese ecologist, activist looks at a turtle at a coast in the southern Lebanese port city of Tyre in 2002. That same year, Khalil launched The Orange House Project — a turtle conservation and eco-tourism project — to help protect Lebanon’s turtles. She painted the house orange to symbolize the safe haven the Netherlands had provided her with. “This project was my dream since I was a child. I loved the beach and the land here,” Khalil tells CNN.

Over three years, Khalil was trained by scientists from the Mediterranean Association to Save the Sea Turtles (MEDASSET), who visited the beach in Lebanon.
Initially, Khalil’s efforts were resented by some locals who she says were involved in dynamite fishing — the practice of using explosives to kill schools of fish.
According to Michel Bariche, professor of marine biology at the American University of Beirut and author of a book on marine resources in the southern and eastern Mediterranean, “blast fishing” has been used in Lebanon since at least the 1930s. Although now illegal, it still occurs in some remote regions, he adds in an email. 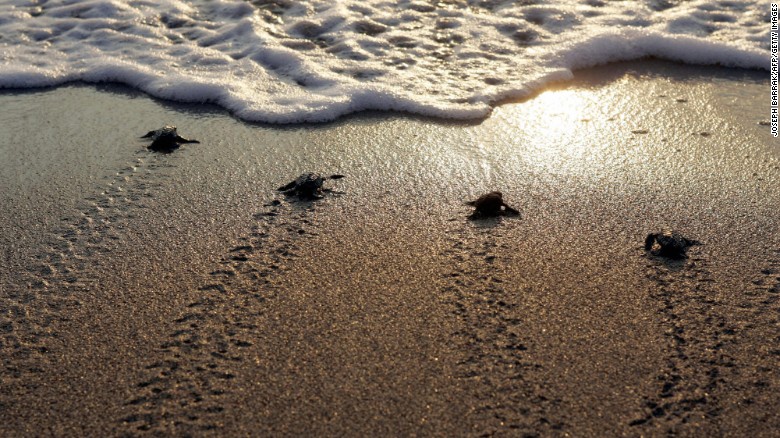 Newborn marine turtles head towards the sea at Mansuri beach, about 95 km south of Beirut. With the help of coastal guards, however, Khalil says she stood her ground and now says fishing with dynamite has ceased in the area. Unsurprisingly, that has helped the local wildlife. Between the months of May and September, the turtles’ hatching season, Khalil wakes at sunrise to monitor their habitat. She carefully traces the beach for eggs, placing those she finds underneath a secure metal mesh further up the embankment. Khalil meticulously details her findings and tracks the footsteps of adult turtles which scramble up the sand banks to lay eggs. She has presented her findings at MEDASSET’s biennial conference, and makes her data freely available. Volunteers also regularly help her to clean the beach of plastic and other waste. These are both locals and guests on vacation, some of whom stay in The Orange House’s three guest rooms, which helps fund the upkeep of the project. 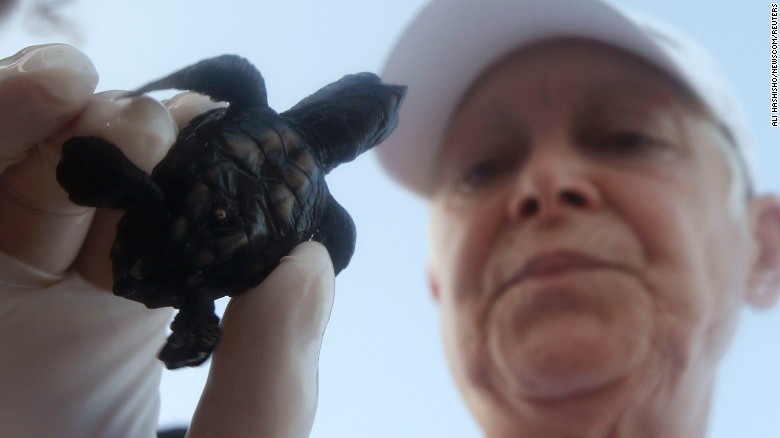 Mona Khalil, a conservation specialist who is part of the Orange House conservation project, carries a baby sea turtle before releasing it to the sea in El-Mansouri near Tyre, south Lebanon August 28, 2014.

Although most visitors these days are treated to a tranquil beach vacation, Khalil has experienced some sticky moments during her time in the Orange House.
During the violent 2006 conflict between Lebanese militant group Hezbollah and Israel, Khalil stayed put. “I refused to go. It was the hatching season,” Khalil says. “One of the rockets came into the house and blew up. “Me and my animals were all traumatized and I lost a bit of my hearing. But otherwise I’m still alive and kicking.” The fighting was much more aggressive than Khalil had expected, but she would still monitor the beach and help the turtles hatch when she could.
“I managed to protect most of them,” Khalil says. 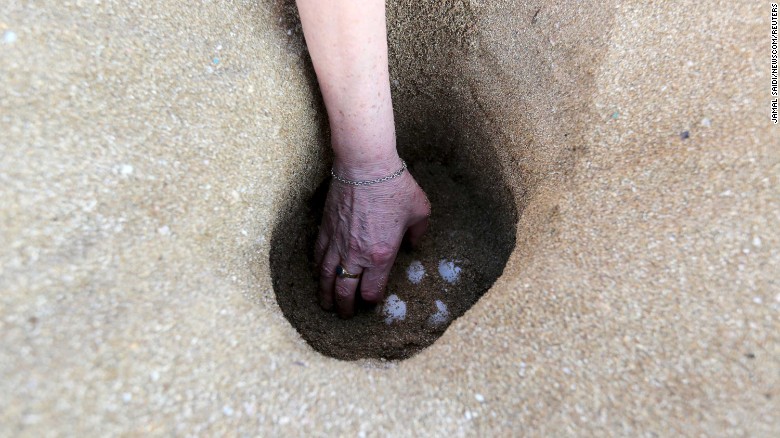 Mona Khalil, a conservation specialist who is part of the Orange House Project, removes turtle eggs to move them to a safer place in order to protect them from predators in El-Mansouri near Tyre, south Lebanon. Incredibly, that summer the turtle population thrived. “We had 82 nests, the highest number (we’ve had) within 1.4km (the length of the beach). It was because the local people were not having fun on the beach,” Khalil says.

Traveling to the region

Since 2000, the United Nations Interim Force in Lebanon (UNIFIL) has been monitoring the so-called “blue line” that was created to confirm the withdrawal of Israeli troops stationed in south Lebanon since the dark days of the civil war. As such, foreign travelers to The Orange House Project must obtain special permission to enter the region from the Lebanese army. 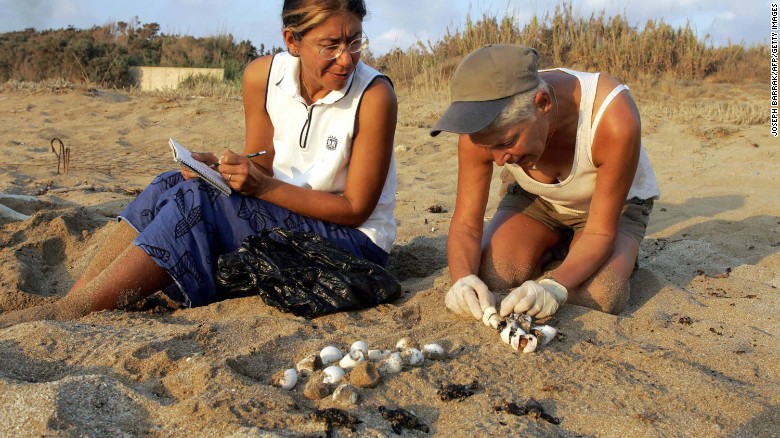 Mona al-Khalil (R) and Habiba (second name not available) collect turtle eggs and baby marine turtles 26 August 2004 at Mansuri beach, about 95 kms south of Beirut. But Khalil claims the biggest affront to her project and the turtles these days is construction work that can encroach on the beach. Still, Khalil remains resilient: “I live every day to the fullest and don’t worry about tomorrow,” she says.
5